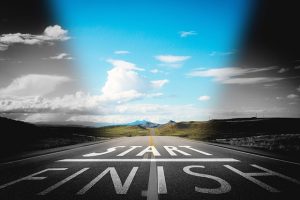 Breakaway Athletic Events combines unique racing events with an attention to detail that’s second to none. Creating an awesome athlete experience is what we’re all about. As athletes ourselves we’ve experienced a lot along the way. Racing, volunteering and working at everything from sprint to full distance triathlons, marathons, half-marathons, xterra-offroad races and cycle only events – we’ve seen it all. We know what works, what doesn’t and what it really takes create a simply awesome race day for our athletes, spectators and volunteers.

Formed in 2018 with the goal of bringing unique race events to the Fort Collins and surrounding areas of Colorado, our combined 20+ years of experience will have you smiling from start to finish of every event. 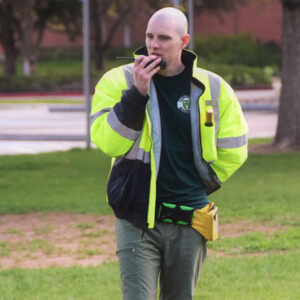 JB Tobin – Owner & Race Director: JB started out in the sport of triathlon over a decade ago. After watching his brother complete a long course race in Rhode Island, he himself decided to sign up and give it a try. Fast forward to five years later and moving to Colorado was in the works. Soon after settling here in Ft Collins, JB re-kindled his passion for training and racing. After becoming more and more involved in the community and culture of triathlon here in Northern Colorado, he decided to form Breakaway in 2018 realizing that the immediate areas have a lack of race support. “I want to inspire athletes to try something new, something unique and something they may even be a little afraid of at one of our races.” 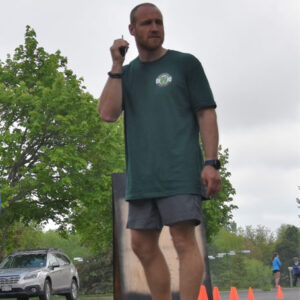 Tim Hruby – Course Director & Race Day Logistics: Tim started running roughly 5 years ago. He was a get off the couch half marathoner until a friend suggested he try the Copper Mountain 50K Ultra. He hasn’t looked back since. He really enjoys biking and swimming but rarely swims anymore due to spending most of his free time getting lost in the woods on trails or meandering forever on a pavement run with his legs. Tim’s first “long ride” was in a group setting a number of years back with some of the other team members here. He was brave enough to go the distance on an old beaten up purple mountain bike that wasn’t clip-in-pedal equipped. Struggling to keep up with everyone on the flats, the hills are where he shined. He hasn’t stopped riding since. Tim’s real passion though is of course trail running. He’s our go to “muscle” for a number of things but easily holds a sub 7 minute mile pace for distances that make most cringe. 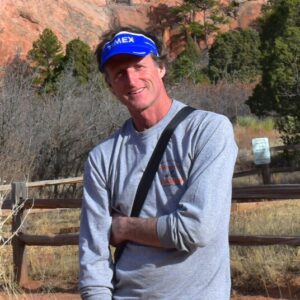 Dennis Vanderheiden- Media & Photography: Dennis did his very first triathlon “old school” with a clunky 10 speed borrowed from his dad and a pair of Speedos. While he had a good time he’d surely say  “you’re probably glad you weren’t there!” It took awhile but he found a purpose beyond individual achievements. When he founded Athletes in Tandem in 2008, with a mission to provide the thrill of competitive sport to every athlete with a disability who imagines running, swimming or biking in individual events or triathlons, he had no idea the purpose he was looking for would grow beyond the sport of triathlon. Helping others achieve membership in the community of recreational mainstream sports is the ”why” and his purpose. Dennis is happy to help Breakaway with his enjoyment of photography and help capture the experience of athletes competing in events that bring them fulfillment. 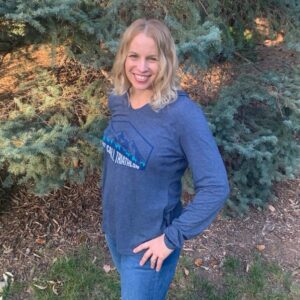 Rachel Ferguson – Volunteer Director & Foodie: Rachel is a homeschooling mom to five who spends her days coordinating her family’s busy schedules all while raising and educating her kids. It wasn’t a huge stretch to move into coordinating food and volunteers on race days. Rachel was first introduced to Breakaway by JB at master’s swimming, and was invited to volunteer at some of the races in exchange for discounted race entry. (For now she isn’t the one racing, but her husband and children are.) Rachel was a college athlete and loves to be around race day excitement, but she is not yet ready to compete again. She has, however, threatened to start racing once she turns 50. That big birthday isn’t too far away, so a new staff member may need to be found in the near future. As part of Team Breakaway, Rachel loves the opportunity to interact with athletes of all levels, but she gets goosebumps every time a first-timer crosses the finish line. 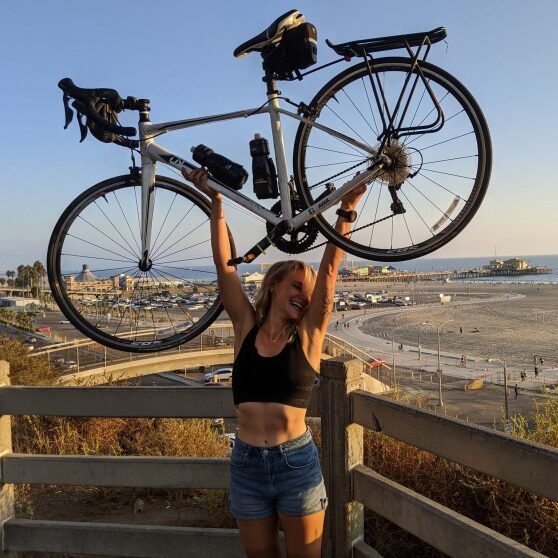 Charlene Van Buiten – Social Media & Announcements:  Charlene never considered herself an athlete until 2017, when she started running to fill her abundant amount of free time after finishing graduate school. She moved to Colorado from the east coast in 2019, starting her job as an assistant professor of Food Science at CSU. She quickly fell in love with cycling, decided to work on her swimming and the give triathlons a try. Her first competitive triathlon season in 2020 was cut short by all the unfortunate world wide events. Charlene made the most of her time though, with non-competitive challenges throughout the year such as long trail runs and cycling from San Francisco to Los Angeles. As our Social Media Manager, Charlene is all about hype! Her favorite things about event days are the pre-race energy, buzz and excitement coming from all of the athletes who have worked so hard to be there that day. 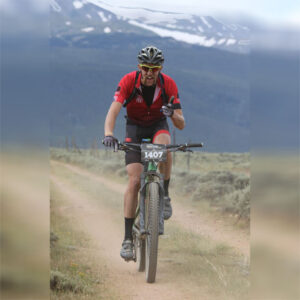 Josh Terwoord – Ideas Man: Josh has been an endurance athlete for most of his life, starting out as a distance runner over 20 years ago. In 2007, the triathlon bug bit him and he gradually honed his skills over the years and raced his first full Ironman® in 2011. That incredible race redefined what he thought was possible for him as an athlete and he ended up racing in the pro field from 2016-2018. He’s also managed to make triathlon a part of his career, and he’s now rounding out his 6th year working for an Ironman® partner in the tri “industry” – Tri-Bike Transport. He generally works from home here in Fort Collins (where you’ll also commonly find him mountain biking), but he can also be found at events across the US and sometimes overseas several times per year. Josh sees himself as a welcoming ambassador for the sport and looks forward to having a positive impact on athlete experiences through Breakaway Athletic Events. If you hear “ON YOUR LEFT” on race day, it just might be him.